Help me name my characters! 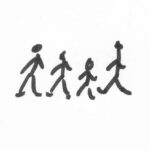 Help me name my party!

The other night, I woke up and couldn’t go back to sleep.

Because I was thinking about my books. And how it’s so hard to get them noticed.

Which made me think about writing a fairly mainstream epic fantasy story. The kind I usually find boring.

But what if I could make it fun?

What if I could make it so much fun that I really, really want to write this stuff?

Writer brain took up the challenge. I should have known… it really isn’t as if I need more story ideas. But I do need fun stuff.

So now I have five new characters, four of which still need a name.

Before I list them, let me explain: I’m a bit particular about names in my fantasy tales. I want them to be different from “Earth” names. No “Johns” and “Margrets” in my stories – unless they are Urban Fantasy set somewhere on this planet.

And somehow, the sound of the name needs to resonate with me, or I cannot get into the character’s head. Which means that any suggestions that I don’t pick are not “wrong”, they just may not resonate with me. And that is absolutely the fault of writer brain.

So here are the four people I’m searching names for. I have my wizard already, so I’m keeping him as a surprise for you. Yes, this is a classic quest party. This is classic, epic fantasy, after all. With a twist.

Yes, she’s cliche. Yes, I will keep her.

Now, I will ask this question in my FB fan group, as well (Hannah’s Dragonriders) so you can post there, or simply comment below. I’ll compile a list and let you know in three days what I chose.

Help me name my characters!

Hannah Steenbock is an author, dreamer, and coach. She has published several short stories in English and German, as well as one novel in German. In 2013 she started self-publishing her work. In 2014, she has won two awards for her short story "Sequoia".
View all posts by Hannah Steenbock →
This entry was posted in Writing and tagged assassin, bard, druid, fantasy, fighter, help me name characters, new series, novel. Bookmark the permalink.

1 Response to Help me name my characters!