The Watchbeasts on the Ceiling – An Intriguing Riddle for You 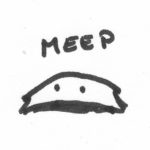 Let me tell you a little story – and a riddle – about watchbeasts on the ceiling. Yes, that did happen to me.

The Watchbeasts on the Ceiling

I have watchbeasts on my ceiling. Everyone here does.

They guard our safety, and they do so quietly and without a fuss for years on end.

Until they get hungry.

That happened the other night. It always happens at night, by the way.

I was woken from a strange dream by a loud chirp. Groping my way to awareness, I wondered how a grasshopper could manage to get into my bedroom. I live in town, we don’t really get grasshoppers, let alone the kind that can produce such a loud noise.

Then I realized it must be a watchbeast.

There are only two ways to silence such a watchbeast when it gets hungry:

You either feed it, or you remove the food bowl. The problem is that removing the food bowl rendes them inoperable.

At that time of the day, or rather night, I had no other option but to remove the food bowl.

Which meant hauling up the ladder, climbing up to the ceiling and stealing that bowl.

That was a final sound of protest after removing the food bowl.

I like my watchbeasts, though, and I value their service, so I went out the next day and bought food for the two I keep in my apartment.

And in the afternoon, I fed both of them. They are back into watch mode, making sure I’m safe, being stealthily quiet and unobtrusive.

Do you know what those watchbeasts are?

Hannah Steenbock is an author, dreamer, and coach. She has published several short stories in English and German, as well as one novel in German. In 2013 she started self-publishing her work. In 2014, she has won two awards for her short story "Sequoia".
View all posts by Hannah Steenbock →
This entry was posted in English, Musings and tagged character, fun. Bookmark the permalink.